We The People. Eireann Weeping. 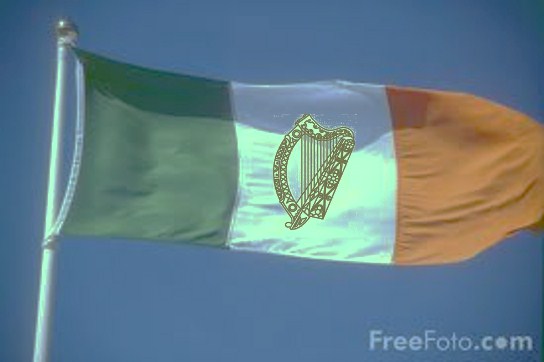 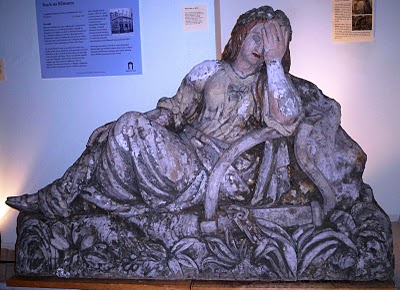 Here are the pictures of Eireann Weeping,created by James Comerford,it tells a Great but tragic story of how the idea of freedom to express ones self through artistic works that is symbolising or resembling,independence,truth,or sovereign rights,can be torn down and cast on the scrap heap of time.By those who wish to hide our identity and keep us from exercising our Sovereign rights.

After all is it not that our sovereign seal was thaught of as our symbolic seal a stamp of approval,which announced to the world our independence and our sovereign rights as a free nation,then why is it that politicians refuse to attend the ritual turning of the key,does this resemble Erin Weeping .Will Enda Kenny rectify this and acknowledge the Sovereign seal and what it stands for will he Unite the people.

The trust that has her locked away should bring her back out for all to see.I have included the link for the story of Erin Weeping at the end of this piece.

May I suggest a symbolic jesture,why not place our sovereign seal upon our flag ,the Harp upon the green White and gold.

This Iam sure will grab the attention of our nation,and the world

plus increase revenue for our country as all Eireanns Flags would be changed and resold.

Also increasing peoples knowledge of the Sovereign Seal and the ritual turning of the key.

Can you visualise Saint Patricks Day,all the National flags carrying the Sovereign Seal Emblem,and also the Question why has the people of Ireland placed this emblem upon their flag.?Thus Educating others as to why.

I beleive there is enough negativity out there,what we need now is something positive and I beleive this to be one.The Unity of our National Flag and the Sovereign Seal.

Any feed back positive or negative would be appreciated.

Replies to This Discussion

".increasing peoples knowledge of the Sovereign Seal and the ritual turning of the key."

Why are we celebrating a patriarch from Roma?

Eire is a fe+male country, totally equal and balanced as shown in the Harp and scales of justice, Bru NaBoinne etc.

Child snatchers  say breast feeding is not appropriate? since when?

Giving your child a hug is not appropriate.?

Research shows where this new training came from and how it was Trojan Horsed into Eire and few people have a clue.